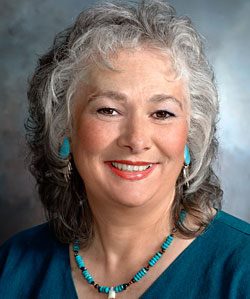 Professional Credentials and Work in Brief

On January 8, 2016, Lindy Ferrigno was named a Grandmother in the Cherokee tradition (a title denoting spiritual leadership, like, “Reverend” or, if a priest, “Father”). She is now known by her Cherokee spiritual name, WinterJade Forest.  For students and colleagues who may not know of this recent change, the site name remains “Lindy Ferrigno” so that they can locate her on the web.

Grandmother WinterJade Forest, Cert. Instr. (AOBTA), has been practicing Shiatsu since 1975, and teaching it since 1977. She graduated from the Shiatsu Center of America and the Swedish Institute in New York. She studied with renowned Master Shizuto Masunaga, author of Zen Shiatsu, Akinobu Kishi, author of Sei-Ki: Life in Resonance, Pauline Sasaki, and Dr. Jean-Pierre Barral, author of Visceral Manipulation, to name a few.

WinterJade played a formative role in launching a national professional organization, the American Organization for Bodywork Therapies of Asia (AOBTA), and served in the initial stages as its Co-Director of Education. She served on several committees of the National Certifying Commission for Acupuncture and Oriental Medicine (NCCAOM) from 1995-2006 developing national standards for education, including the national certifying exam.

Ms. Forest is nationally recognized for her skills as a teacher. As an expert in the field of Shiatsu, she has created and directed accredited Shiatsu programs in massage and bodywork schools, community colleges and acupuncture colleges in five states. She teaches across the United States, in Europe and Canada.

Practicing bodywork led WinterJade to realize that healing happens on many levels. She wanted to know more about the non-physical aspects. Starting in 1980, she embarked on apprenticeships with healers from four different cultural traditions – Celtic, Shinto, Cherokee and Russian. After decades of initiations and vision quests, her elders and mentors endorsed her to share the teachings of their lineages. As a guide through the many dimensions of human experience, she transmits this knowledge in private sessions and group classes. For more detail about this facet of her practice, go to grandmotherwinter.com.

Grandmother says, “People find it easier to be happy when they can move freely without pain. My pleasure and purpose is to help reduce or eradicate both the physical pain and the personal suffering that makes it worse.”